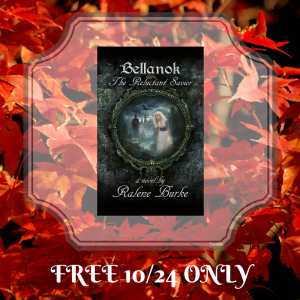 Happy Tuesday, everyone! It’s been so long since I’ve been a guest on here, and I miss being here. You all are amazing. These writers are amazing. And honestly I don’t know that I’d be where I am today if it weren’t for New Authors Fellowship. Why?

I met my critique partner …

I don’t remember exactly the time that I met Morgan Busse, but I’m pretty sure it was through a combination of Marcher Lord Press and New Authors Fellowship, especially since NAF spun off of the MLP contest several years ago. Morgan and I slowly developed a friendship over a few years, roomed together at an ACFW conference, and finally–when I began writing fantasy–we became critique partners.

Now she’s one of my closest friends, biggest cheerleaders, and a fantastic critique partner.

I met my editor …

I think you all may be familiar with the name Kristen Stieffel. Yes? Of course, I met Kristen through writing together on NAF. We got to meet in person at an ACFW conference. And then, as it turns out, we were both editors too! So, as our friendship developed, it was only natural that she was one of the first people I thought of when I needed a freelance editor for my self-published book.

***Ralene’s Note: If you are going to self-publish, YOU WILL NEED AN EDITOR. You may not be able to afford a professional editor to do all 3 stages of editing, but you at least need to start saving for a good line edit! Good critique partners can help at the content stage, but an editor is invaluable at the line edit stage. Right, Kristen and all the other editor friends on here?

I met my cover designer …

A lovely woman was commenting on my posts, and we started chatting. After one particular post, she emailed me and we shared some insights. From there, J.L. Mbewe and I became fast friends. I really liked what she did with her website, so I asked her (and her husband) to help redo mine. After that, I knew I wanted her to do my book cover(s). For those who may remember, Bellanok was originally released in 4 novelettes before I combined them into 1 whole story … and she did all the covers for me!

Being involved in NAF helped me to develop friendships with writers I already knew, meet new people who became close friends, and make connections that have been mutually beneficial over the years. I learned so much from my fellow writers and got some excellent advice in my time here.

Now I have a lovely novel that is celebrating its first anniversary! It’s been quite the journey, and one I have loved every minute of–the good and the bad (yes, there were mistakes made, but that is a subject for another post). To celebrate the anniversary of my first novel, Bellanok will be FREE for today only. And it will be 99 cents Wedneday-Friday. I’m all about celebrating all week long! (You can see an excerpt below!)

I’m also having a giveaway, which you can find over on my Facebook page, with two $20 Amazon Gift Cards up for grabs.

A huge thank you to New Authors Fellowship, writers and followers, for all the support over the years. May you continue to learn and grow!

Whether she’s wielding a fantasy writer’s pen, a social media wand, or a freelance editor’s sword, Ralene Burke always has her head in some dreamer’s world. And her goal is to help everyone SHINE BEYOND! Her novel, Bellanok, is available on Amazon, and Armor of Aletheia from Elk Lake Publishing will be out January 2018!

When her head’s not in the publishing world, she is wife to a veteran and homeschooling mama to their three kids. Her Pinterest board would have you believe she is a master chef, excellent seamstress, and all around crafty diva. If she only had the time . . .

Fauna slipped out the door of the coffees shop with Roman at her heels. She looked up and down the street. “Where did he go?”

“My guess is back to the church.”

“Hey, I only came along on this ridiculous journey to make sure you did not come to any harm. I could care less if you convince preacher-boy to return to Bellanok with us.”

Fauna sighed. Roman’s attitude grated on her nerves as of late. Normally, she valued his wise council, but his opinion of the humans made him biased on this side of the portal. They did not have time for his prejudices. Father had made it clear that Brian would know how to save Bellanok.

“Regardless of what you may believe, we cannot afford to wait.” She grabbed his wrist and dragged him along.

There were not many people out this afternoon. The walking roads were practically empty. Up ahead, she spotted Brian’s shaggy dark hair and muscular build right before he fell into a man. They exchanged a few words, and then Brian pushed his hands in his pockets, hunched his shoulders, and hurried off in the direction of the church.

Roman pushed Fauna back as he stepped in front of her. “Demon.”

She peeked around his broad shoulders. Sure enough, a demon in human skin watched Brian as he disappeared into the church.

The demon turned, took a couple of steps, and then stopped again. He grinned.

“Oh! He is looking at us,” Fauna whispered.

“It’s fine. I have been spoiling for a fight.” Fauna could not see his face, but she could imagine Roman’s delighted smile.

“We do not need trouble, Roman. Our mission is more important.”

The demon held a couple of fingers to the corner of his eye in some sort of salute. And then he disappeared.

Fauna swallowed. “Now they know where we are.”

“They know who Brian is, too.”

Fauna felt faint. Had she come all this way, sacrificed so much, only to fail before she even began? “How do I make him see, Roman?”

He shrugged. “Seems to me that would be between you and Father.”

“Out here, Father seems so much quieter.”

“Out here, his light does not shine as bright—the faith of this world is much weaker.”

Fauna hung her head. Of course, Roman was right. Still, her heart yearned for the closeness she was accustomed to on Bellanok.