Posted by Guest Blogger on October 25, 2016 in Author's Journey

The character God challenged me to write about, Elisha Micah Gabrielson, was born with gender-ambiguous genitalia. In his day, the turn of the 22nd century, such children’s original birth certificates always give their gender as “intersexed” and the only treatment option the parents are allowed is surgery to give the child normal female genitalia. Elisha was born to Christian conservatives who went against this tide to raise their child as male and fought a court battle to get him legally recognized as male and to get him surgery to give him normal male genitalia.

They won those objectives when he was five. By then, he already shared his family’s Christian faith and conservative values, he self-identified as male, and he desired surgery to be a normal boy. When puberty partially feminized him again, the surgical options he was given for gaining full adult male functioning struck him as immoral, and he retains an all or nothing mentality on that issue clear into his sophomore year of college. The local church he grew up in accepts the teen as-is, but he gets rejected a lot in our wider subculture by folks confusedly mistaking him for a female-to-male transsexual. Likewise, the world hates him for his beliefs. 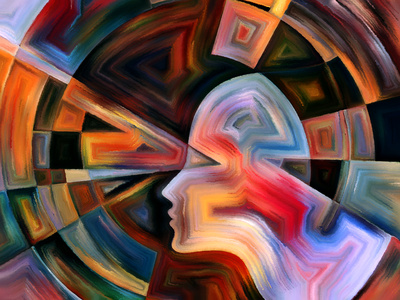 In his struggle to live according to God’s word, he fails partially due to others’ labels and others’ biased, wrong first impressions of his gender. His first mistake was complying with Christian authorities who treat him like a girl to avoid controversy. He repents and always wore traditional men’s clothing and a men’s college cut. Those are simply considered acceptable options for women, too. As for labels, he prefers “eunuch,” and he is mentally all boy, with few feminine mannerisms despite his appearance and his voice being gender-ambiguous in their culture.

When God first began calling me to include Elisha’s plotline in the first full length Web Surfer novel, I was sure my Christian audience would have the same kind of negative reactions that he faces in-world, that my book would get rejected along with him. Since Elisha was nagging me, and I was drawn to his personality, which evokes King David and the Apostle Paul, I scribbled down the first five pages of Elisha’s subplot and showed it to a bunch of different Christian writer friends. I wasn’t sure whether I wanted talked out of writing the rest or encouraged.

What I got was encouraged. To this day, most of the Christians who read sci-fi, at least, either are liberal, liberal-leaning, or conservative but plain not as hateful and prejudiced as most of us believe most of our own group is. Yet, to my knowledge, only I have wondered if I’ve been accurate in portraying Elisha having faced much rejection and hate from both sides. Though, at his Christian college, when it comes out that he is a partially androgen insensitive male instead of a girl, only half of campus wants him kicked out of school. The other half protests in his favor. Elisha himself stands alone, holding morality in one hand and “love one another” in the other.

Andrea J. Graham studied creative writing and religion at Ashland University. She’s the creator of the Web Surfer universe, which encompasses several novels and an anthology. She’s married to author Adam Graham and edits his novels, including Tales of the Dim Knight and Slime Incorporated. Their short story “Chosen of God” was featured in Light at the Edge of Darkness with her own short story, “Frozen Generation.” Andrea and Adam live with their cat, Joybell, in Boise, Idaho. Visit her online at: christsglory.com.