Posted by Guest Blogger on October 12, 2018 in Christian SpecFic

The short story “Seeking What’s Lost” in the Mythic Orbits, Vol. 2 anthology was written in a speculative fiction genre called GameLit. GameLit tales take place, for the most part, within a game. Some popular examples include movies like Tron, Ready Player One, and the newer incarnation of Jumanji.

Like many genres, this one can be subdivided into others. For example, GameLit that has more focus on the game mechanics and stats is LitRPG. Further subdividing gets you Crunchy LitRPG, where stats matter a lot, and Lite LitRPG, where the game mechanics and stats still matter but there aren’t so many stat charts. Movies like Doom, which was based on the First-Person Shooter of the same name, are called LitFPS.

In “Seeking What’s Lost,” J’Nia is a game programmer who entered a contest to create an artificial intelligence (AI) to run a game world and a character that fits into it. The character she creates has to fit into the game world generated by a company called Horizon Systems, who specializes in games that allow people to play animal-based characters. She chooses to create Jael, a grizzly bear with a pair of rambunctious, AI-controlled cubs.

Unfortunately for J’Nia, the AI running the game decides to create a quest for Jael by pulling an event from J’Nia’s life: the disappearance of her children. While running Jael through the scenario, J’Nia deals with her past. 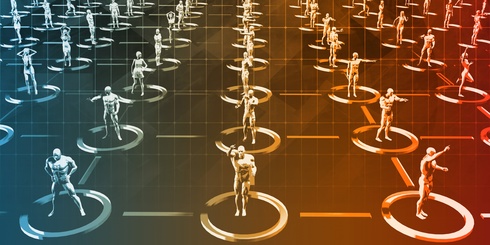 Another Mythic Orbits, Vol. 2 story that fits in under the GameLit umbrella is “They Stood Still” by William Bontrager. It begins with Samuel, the main character, playing a game until the whole world just goes weird on him. Both the game and the real world freeze, forcing him to deal with a reality he has been avoiding.

Bear Publications is not a stranger in the GameLit world. A previous anthology, Avatars of Web Surfer, includes “The Fall of the Invincible Man” and H.A. Titus’s “Malfunction,” both of which take place in game worlds gone wrong.

“Fall of the Invincible Man” follows a group of gamers led by Harve, an experienced gamer who knows he has the skills. The game they’re playing doesn’t react according to expectations, and they find themselves in a bit of trouble.

“Malfunction” is about a game tester trying out a game on a new platform, one that doesn’t have his best interests in mind.

For more information on GameLit, check out these sites:

Originally from Michigan, Cindy Koepp combined a love of pedagogy and ecology into a fourteen-year career as an elementary science specialist. After teaching four-footers — that’s height, not leg count — she pursued a Master’s in Adult Learning with a specialization in Performance Improvement. Her published works include science fiction and fantasy novels, a passel of short stories, and a few educator resources. When she isn’t reading or writing, Cindy is currently working as a tech writer, hat collector, quilter, crafter, and crazy African Grey wrangler.

One comment on “Mythic Orbits: The Bear Essentials of GameLit”