A Rebirth of Havok

Posted by Josh R Smith on September 25, 2018 in Christian SpecFic, Creative Nook, Life and Such, News for Writers 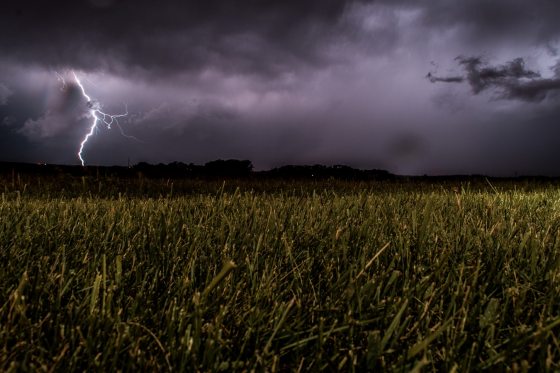 There’s this life changing moment when you see something that you’ve written in print. A wave of amazement and incredible joy. “I did this! I wrote a thing and someone liked it!” But along with that euphoria comes an incredible fear that says, “You just got lucky. You barely squeaked by.” There are so many areas of life that this fear slithers in. You can decide to listen to that voice, or, you can trust that sometimes, lightning can strike twice.

I pushed against that fear and chose to believe I could do it again. Another story needed to be told. My second published story was in the genre that holds my heart: Fantasy. Deep magic systems, dream worlds, travel by portal, knights and dangerous creatures, and most importantly: dragons! That fantasy tale is at the end of today’s post. It’s one of my favorites.

I had found a place to send my stories. Their team of editors were excellent to work with, and I was bitten by the flash fiction bug. You may know the story, I kept sending them stories, and ended up eventually handling acquisitions for all three magazines run by the Splickety Publishing Group. Last week, Splickety announced that it was shutting down. But on the heels of this sad news, came an announcement about something new stirring in the ashes.

As the new Editor-in-Chief of Havok Publishing, Andrew Winch, says: “This is news you’ll want to hear.” The new Havok will indeed look different, but it will continue to deliver fast-paced flash fiction. I’m excited to say that I’ll be staying on board in a different role. I can’t share much on all of the changes, but I’m chomping at the bit to share this new Havok with you. Like a pheonix stirring in the ashes, new life is being formed and it will be amazing! If you’ve ever sent in a story to Splickety, or you’re a fan of award-winning fiction, you’re going to want in on this.

But, like Andrew said in his first announcement, you’ll have to be patient. While you wait, I hope you enjoy this fantasy flash fiction piece, titled: The Hunter’s Prayer. 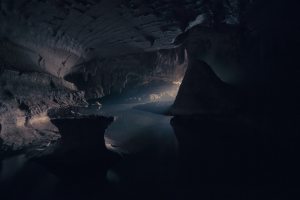 Skald hated caves. As youngest of his nine brothers, he was always sent in first. Caves made him miss the sky, the warmth of the sun, but mostly Skald hated what lived within. Lowering the torch, he squeezed through an opening. He felt the jagged walls as he listened to the crackle of the flame echoing down the tunnel. He picked a direction and continued his search, loose rocks crunching under his boots as he walked.

Darkness kept the cave in a chilly shroud. Skald paused at an opening, listening for the sound of his prey. “Use your ears, little Skald,” his brother would say. “Your eyes can be blinded, but your ears will tell you when to strike.” His oldest brother, Dakar, had begun teaching Skald how to hunt at a young age. In his village, hunting was the only way to survive.

Skald followed the sound of water to a cavern with a large pool in the center. The torchlight didn’t reach the far side of the water. Skald wedged the torch between two rocks and sat down. He set his axe to his side, and began to eat some wolf jerky. Closing his eyes, he remembered his first wolf kill. It was nine years ago, during his Proving, the time when a boy of ten summers became a man. He tracked a rabbit during a blizzard, but discovered he was being tracked by a pack of wolves. Burying himself in the snow, he waited for them to come. Their pelts signaled his entrance to manhood.

Thoughts wormed their way into his focus. Thoughts of his village. Of his family. The field of flowers behind their farm. His bloodied knuckles after a fight. Father returning with a dragon’s tooth. The smell of their smoking farm when its mother sought revenge. Fire, screams, bodies.

Skald jolted awake, knocking the torch into the water. He cursed, and began feeling the floor for his axe. As he searched the darkness, a faint blue glow began to shine out of the pool. The cavern shuddered as a massive creature burst out of the water, its blue scales illuminating the cavern. The dragon’s head almost reached the jagged ceiling, its yellow eyes immediately locked on Skald.

The great beast lunged at Skald, its mouth capable of taking him in a single bite. Skald dove out of the way, scraping his body along the ground. He saw his axe among the rocks, and grabbed it as he charged. With a roar, he drove it against the beast’s head. The dragon thrashed about, knocking the hunter across the cavern. Skald held tight to his weapon, the large axe-head illuminated with the dragon’s blue glow. The beast stood by the pool, its body held up by four legs, each as tall as Skald. Its feet were webbed for swimming, and its whole body was covered in armored scales.

Leaping onto the beast, his arms rose and fell as the axe clanged against its armor. The dragon went into a frenzy, scraping along the walls to dislodge its rider. Skald felt his back tear against the rocks, and his grip on the axe weakened. His head cracked the wall and his vision began to blur. “Death comes to all.” His brother’s final words, the Hunter’s Prayer. Skald had found his brother after the attack on his farm. His body was covered in burns. He breathed his last while Skald held him.

“Death comes to all,” Skald whispered to the dragon. “But not today.” His grip tightened on his axe. “Not today,” he bellowed, driving the axe deeply into the great beast. The dragon reared, thundering its rage. Clinging to the axe, Skald swung his body across the beast, using his weight to throw it off balance. With a shriek, the dragon plunged into the pool, dragging Skald with it.

The waters erupted in the fury of their battle, then went still. Darkness returned to the cave. Grasping the edge of the pool, Skald drew his battered body out of the water. Back on the rocks, he stood defiantly, hurling the beast’s yellow eye onto the cavern floor. Dropping to his knees, Skald closed his eyes and whispered, “Death comes to all.”

Are you a Splickety alumni? Do you love quick reads? What did you think of The Hunter’s Prayer? I’d love to hear from you! Drop a comment below, or find me on Facebook, Instagram, or Twitter.

← So This Happened
Armor of Alethia: Behind the Scenes →