Story Time – The end of Waiting 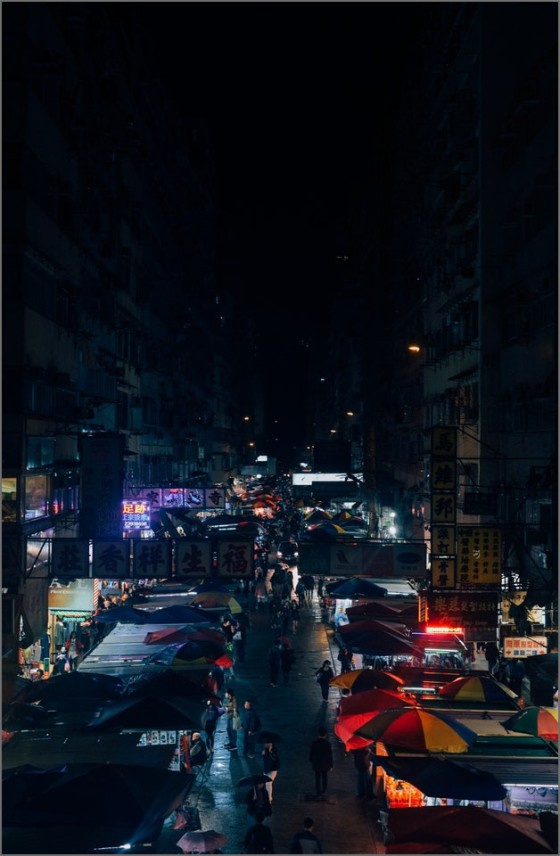 The End of Waiting – by Josh R Smith

The neon lights of Ferros pushed back the grim atmosphere of the dank undercity alley. Or was it the dank atmosphere that squelched the neon lights. Dak Prescott wasn’t sure which it was, nor did he really care. All he wanted was for this job to be over. That, and maybe a hard drink.

The doorway to Ferros wasn’t one that many would find inviting. It was around the corner of a decaying city street, deep down the alley. The club would be full of riffraff who didn’t want to be found. Which was exactly who Dak was after. He checked his sidearm. It was securely strapped, in plain sight, on his right hip. He’d done away with concealing his weapon years ago. It served him best to broadcast his intent. And hiding it only made things more difficult to draw when it was time for work.

The noise from the rowdy bar drifted into the alley. A couple horn-headed Kalasians whispered close to each other a few feet from the dim glow. Probably a drug trade, or looking for a good time. Dak ignored them and walked into the bar. If they’re doing business in the open, this section of Nebula had sunk far lower than Dak ever thought possible. It was time to be done with this snake.

The crowd inside was a hodgepodge of every race, smell, and sound that Dak had ever encountered. Close to the door a massive Gorril stood guard. Karida’s newest bouncer. He shifted his dark-furred arms close to Dak and grunted. A threatening move from a Gorril, establishing his dominance over the bar. Dak gave him a nod and moved toward the bar at the end of the empty dance floor.

The tables were packed with species from all over the Reach. A couple more Kalasians sat at a table. Green-skinned Inots flapped their wings above the crowd, drinking their choice out of the tubes that lined the ceiling. A roped-off area in the back housed the bar’s VIPs. He noticed a Volar puffing long red plumes of smoke out of his suit’s ventilator. Their planet’s natural atmosphere was poison to most other life, but in the right doses it could also create a euphoric state that he’d heard was the greatest experience of life.

Dak reached the bar, and motioned the robotic tender for a glass of Hoskar Black. The barkeep sloshed the dark liquid into a glass and wheeled along his rail, producing drinks for the thirsty patrons. A cat-eared Purlyn raised her glass toward Dak, and nodded. Dak nodded back, and felt a hard-metallic object jam into his ribs.

“You were told not to come back to Ferros, human. Lady Karida did not like the terms with how you ended business last time. She maybe wants me to take the human out back. Beat the stink out of him.” Dak turned to see what grotesque creature that Karida had found to run gun for her this time. The gruff voice belonged to a short, dark scaled Keptik. He was wearing colorful mis-matched armor, and his gun seemed to have a coolant issue. The Keptik’s mouth was wide, taking up the lower third of his head, and he was flashing his pointed teeth in full on grin.

Dak was not interested in smacking around a low rank goon. He glanced around the room. What game was Karida playing? “Alright, Short Stuff. How’s this gonna go? You wanna get the Gorril to give you a boost? I have business with your boss. She’s expecting me. Are you really going to make me mess up her bar, or you gonna take me to Karida?”

The Keptik held his gun on Dak, but pointed to the door at the far left of the bar, his mouth still wide in a grin. “Get moving, Human. She is maybe not as pleased with you as you think.” Dak grabbed his drink and moved through the chattering crowd to the back door. When was Karida ever pleased with anything.

The bar crowd was barely a low buzz on the other side of the door. Karida typically liked it quiet. And cold. Dak rubbed his arm as he walked. The temperature dropped with each step down the hall. The Keptic had followed him in, but stayed at the door. That stupid grin still plastered across his squat, scaled face.

Lady Karida Fa’Larian was waiting in the dark when he opened the door to her office. She was from somewhere out past Xalan IV, he still didn’t know what species she belonged to. He had never met another of her kind, and he’d travelled to pretty much every corner of the galaxy.

“Dak Presssscot.” Karida’s tongue clicked out Basic funny, and her words were slurred with an added hiss. Her large scaly form bobbed just beyond the single light in the center of the room.

“Have you found what I had ssssent you to ssseeek’k’k? You have been gone on your journeysss for many, many cyclesssss.”

Dak still felt uncomfortable about this job. Sent to some distant chunk of rock to claim another chunk of rock. Karida was paying him more than his last eight jobs put together, and he still wasn’t sure why.

“Hey, Karida. How ya been?” Dak raised his Hoskar Black and took a small sip. Time to dig for information. “I got all the way out to that moon. Turns out, the star was dying. Played all kinda tricks on my sensors. You should be glad The Infinus was up to the task. That magnetic storm almost destroyed her.”

Karida waved a scaly arm forward. “SSSSah! I have promised you enough richesss to provide a thousand ships if you have found what I sssseek. Did you find the Nasuta?”

Dak felt at the object in his pocket. He’d found it alright. Along with dangerous traps, wonky grav-wells, and an indigenous species that really didn’t want him to take it. He downed the rest of his drink and pulled it out her prize. Her large orange eyes lit up with what he hoped was excitement.

“SSSSah! Dak Prescott, I was told I was foolish in choossssing you. But no. When you have ssseen the universe as I have for sssso long, you learn to judge what someone issss capable of. You have done a great thing, Dak Pressscot.” Karida slithered out a scaly limb and gently took the object. Seeing Karida up close in the light, Dak noticed something familiar about her scales.

Karida pulled the object close to her face. It was obvious now. He finally had something on her. “Karida, when I was in the temple, I saw a carving. A majestic creature stretched out across the planets. It was long and scaly, like a snake from back on Terra. This carving showed the creature reaching beyond its world, across the stars touching every planet it passed, all the way to the Core Worlds. The last world this creature touched was a moon, near a dying star. Karida, the creature in the carving looked a lot like you.”

Karida quietly hissed a breath, still staring at the object Dak had recovered. “What you have done, young one, isss provide an ancient creature with hope. The Nasuta is the Temple of Renewal. My world was dying, and I was sssent away as a ssafeguard. I left with nothing of my people, exsssept for a promise. We would one day reclaim the ssstars. I had feared I would live forever waiting. But thisss,” she raised the scaly egg with her tail. “Thisss is the end of my waiting.”

I’ll be working in some story time every month here on NAF. This one is a standalone at the moment, but Dak and Karida are too interesting to let their story end here. I’d love to hear your thoughts so drop a comment below, or come find me on Facebook. Happy writing!

← Sacrifice On the Altar of Ego
Interview: Mollie Reeder →