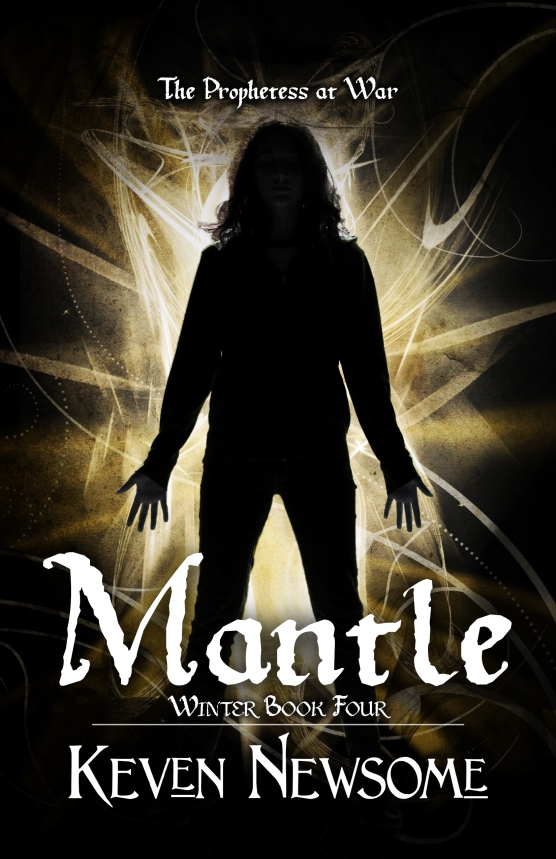 Of course, I have to ask how the New Authors Fellowship came to be?

Well, the story has been recounted many times here on the NAF website. But it doesn’t hurt to tell it again. It was at the end of the MLP Premise Contest. Back in 2010, Marcher Lord Press hosted a contest. There were two different contests going on, if I remember right, but Winter was in the Premise contest. It was forum based, reader voted, and took each entry (no author names allowed) through a series of rounds from a one line premise all the way to the first full chapter. Winter was a finalist. There were some legends made during that contest and many of the entries have gone on to be published, and the authors have become pretty standard names around the Christian Spec scene.

Some of the discussion during that contest centered around marketing and exposure. At that time it was mandatory that an author have an active blog. But as I looked around, it seemed that very few blogs attracted much traffic. So I had the idea that if all of us little, unpublished authors, worked together on one blog, then maybe we could build enough traffic to make it worth while. The first few people I approached were skeptical, but eventually we had the first “class,” most of whom are alumni now. And the idea worked. It worked well…as all of the readers here realize.

When I went into ministry full time, I quickly realized I couldn’t pastor, write, be a father, and run NAF at the same time. That’s when I called upon the capable skill of Kristen to take the helm. Sometimes I think about getting more involved with NAF again, but then I remember I can’t even keep my own website updated.

Who is your greatest influence? Author, mentor, etc.

As far as writing influences, I look at Edgar Allen Poe and Frank Peretti, Tolkien, CS Lewis, and Robin McKinley factor in heavily as well, though most people have never read the fantasy side of me. It’s actually my first love and writing this modern Goth tale is a deviation from what I *used to* feel most comfortable writing. With Winter specifically, people may be surprised at the strong influence I drew from the J.J. Abrams TV show Lost. But now that I’ve said it, if you’re familiar with Lost and you’ve read Winter it’s probably pretty obvious in a smack-your-forehead sort of way.

Do you have certain themes that you gravitate to in your writing?

I wouldn’t say I have specific themes, though really I’ve only ever written Winter’s story and hers has a pretty strong theme. I would say, though, that I tend to write very raw, emotionally heavy things. I try to make sure there are good light-hearted moments, but I want the reader to really feel the weight of the story.

The theme of the Winter series is that it doesn’t matter how bad life gets, God still loves you, still pursues you, and wants to do something amazing in your life.

You are a pastor. How do you find time to write?

I almost don’t. Writing takes intentionality. I’ve tried several things…getting up early, staying up late, writing during lunch. It’s just difficult to find a steady routine. Prophetess was written late at night, Acolyte was written early in the mornings, and Mantle was written in whatever cracks of time I could find.

I do have a system, however, for getting my word count in quickly. Since I’m a meticulous plotter, I tend to know before I even begin the book what will happen in every single chapter. That means I don’t have to write the book linear all the time. So I developed what I call the “100 rule.” When I sit down to write, I write 100 words a chapter, across 10 chapters, whether I feel like it or not. If I succeed, I’ve written 1000 words in less than an hour in most cases. Using Scrivener makes this especially easy. But what usually happens is that I’ll get into the zone on one of those chapters and reach my word count before I reach the 10 chapter goal.

Currently, I’m taking a little break, though. Writing Winter took so much creative energy out of me that I need a little sabbatical time before jumping into my next project. My next project will be the infamous sci-fi, fantasy, steampunk, paranormal, interdimensional, romance, thriller some people have heard me speak of.

Have you experienced criticism about being a spec fiction author?

All the time. It’s difficult writing in a darker genre while also being a pastor. Many older congregants can’t seem to reconcile the two. I especially received a lot of flak over the cover of Acolyte. It’s also nearly impossible to do marketing. When so many church members are friends with me on social media, I can’t post author-y things without offending them. They want me to post positive inspirational messages or scriptural things. Church people don’t want the author side and my writing world doesn’t want the churchy side. The result? Social media paralysis. I don’t do much at all anymore, and my book sales have suffered for it. (Incidentally, I’m a worship/discipleship pastor now at a church that’s amazingly supportive.)

Moving forward, I’ll most likely use a pen name. I’m not going to keep it secret or anything, but I can create a sort of barrier between my writing personality and my ministry life. I’ll reveal that pen name now here on NAF. Hint…I was basically using it when I started writing before I decided to use my real name. If I could go back, I would have never switched to begin with.

Winter is a goth girl with supernatural abilities. What inspired her character? What inspired you to have a college-aged heroine and a collegiate setting?

Well, I was in college when the story was being conceived, so that probably had an influence on the setting and age. I also knew early on that I wanted to tell parallel timelines in order to show Winter’s slide into deviant behavior and her growth as a new Christian. Setting those in high school and college was an easy way to maintain a four-year parallel and have a hard, definable break in between to separate the two.

The heart of the story is about Winter herself, all the things she went through and how God took all of that ugliness and made something amazing out of it. To emphasize the point, I wanted things to be a little extreme. Winter went through some of the most horrible experiences in high school, so I wanted her to have an awesome calling as a new Christian in college. That’s why the prophecy angle.

Both Winter’s “nontraditional” appearance and the occult threads can be controversial. Have you experienced criticism because of these themes?

Absolutely. But mostly from people who have never read it and mostly from hyper-traditional Christians. The truth is, though, that the Bible itself is very raw, very extreme, and very controversial. I’m not saying that I wrote anything on par with the Bible, but presenting life in a real, Biblically raw sort of way, makes many people feel uncomfortable. They want to read to get away from life, not have life smack them in the face.

As the Winter series comes to a conclusion, how have your protagonists evolved?

Well, it’s all about Winter…about her naïve young self discovering the hard realties of life, and her college self growing in her faith. If I tell you anymore, I’ll spoil the books.

How have you changed as an author since Winter first released?

Everything has changed. Most obviously is that I’ve finally learned how to write. I was shocked when I got Winter back from the first editor at how much had been marked up. I wanted to give up. Last fall I was equally as shocked when I get Mantle back at the lack of mark up. When I asked why, I was simply told that I’m a much better writer now.

The publishing industry has changed so much, I’ve had to adapt my expectations to the reality of the market. I still believe that if the right marketing power got behind Winter and believed in the story as much as the fans do, then there’s no limit to this story’s reach. But that’s just not how things work.

On the other hand, I feel confident enough to offer my services as an editor and writing mentor. Writing is no longer a hold-on-to-something sort of ride. It’s more of a delicate science to me.

I still can’t write short stories worth anything, though.

All four books are available on Amazon.com.