Posted by Kristen Stieffel on January 16, 2018 in Author's Journey

New Authors Fellowship debuted January 16, 2010, with the goal of helping Christian speculative fiction authors develop the elusive “platform” we’re all told we need. Our founder, Keven Newsome, realized that by pooling resources, authors could reach more people than any of them could alone. 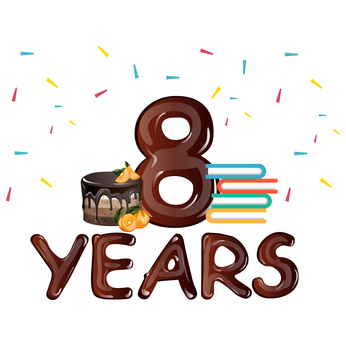 When we began, our Featured Authors were all unpublished writers with completed novels seeking traditional publication. In the intervening eight years, the publishing industry has changed dramatically. So much so that it’s hard to find a writer who has finished a book-length manuscript yet not been published in some way. So over the years, we’ve redefined what it means to be “unpublished” for our purposes, until now we’ve arrived at the decision that for us “unpublished authors” simply means unpublished as novelists. This allows us to keep the lovely Avily Jerome, who published her serial The Heir, a collection of her Amulet Saga stories that first appeared right here. This is good for us because Avily’s posts are consistently among the most viewed.

As for myself, however, following the release of Alara’s Call, I will be stepping down as a Featured Author and moving over to the Alumni category, at long last. Charter member PA Baines—our first member to graduate, as it were—once referred to this as the granny flat, which seems rather appropriate now that I live in a Florida condo.

Mind you, though I’ll no longer be posting regularly, I’ll still be around as the NAF editor, so when you fill out the Contact form to submit a guest post, it will still come to me. In the weeks ahead I’ll be looking for someone to fill my slot in the Featured Author lineup, and I’ll be updating our publishers list, which is one of the most popular features of our site.

Our most popular post of the year was Laura VanArendonk Baugh’s guest post “Christian Writers Must Deal With Real-Life Issues,” which has so far had 801 views and 26 comments. Gretchen E.K. Engel’s post “Modesty – It Doesn’t Mean What You Think It Does” was our top Featured Author post for the year.

We’re grateful to all of our readers for another great year of engagement: 22,385 people visited the site last year, and though the vast majority of them were in the U.S., WordPress tells me we also have reach into the U.K., Canada, and Australia, among other nations. We published 131 posts that garnered 325 comments. 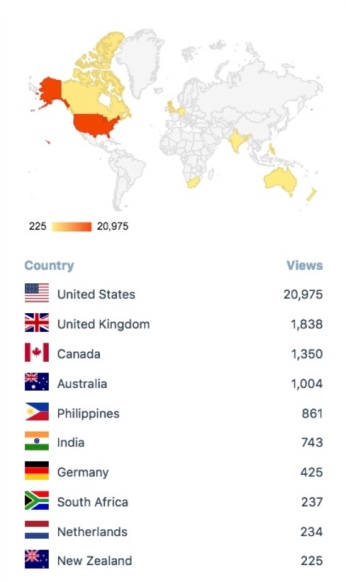 We now have 833 followers on social media, which kind of blows my mind. We have come a long way, fellow travelers, and many of us still have a long way to go. We thank you for being on the journey with us.

← Love Your Book
Why I write Christian Speculative Fiction →