Posted by Gretchen E K Engel on October 30, 2017 in Author's Journey, Life and Such, Random Things 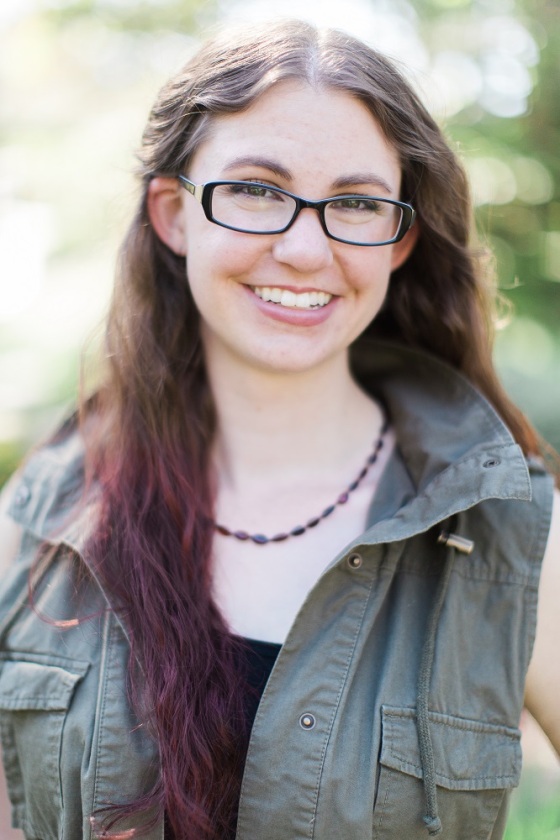 It’s been a while since I’ve done one of these. Since NAF is about unpublished authors, it makes sense to feature writers who are just getting started in their careers. I met RJ(Becky) at Realm Makers this year playing Toon D&D (and crossed off bucket list item from fourth grade – playing D&D). We happened to sit close to each other and one running joke at RM that started that night came from Becky’s character – “whale hugs”! After having met in real life, it’s fun having her in the interview “hot seat.”

What is your name?

What is your alter ego? Student, parent, day job, etc. or are you a full-time writer?

What do you write?

Fantasy with a hint of steampunk.

How long have you been writing?

Not even a full two years! I started in January 2016, and have been chugging along ever since.

What inspired you to start writing?

More like “who”. I always believed that to be a writer, I’d have to wait til the kids were full grown, out of the house, and I had peace and quiet. Jamie Foley challenged that belief when I learned that she had several books done AND she was a Mommy! She encouraged me to start writing the story that Mike and I had been dreaming of, and here we are, three manuscripts later and a fourth in the works. (all of which are in the polishing phase, preparing for pitching and publishing)

Who is your greatest influence?

Author, mentor, etc. Like I said above, Jamie Foley. I blame all my writing related everything on her. ❤

What genres do you write in?

Fantasy, steampunk, maybe, someday in the future, romance or slice of life.

Do you write for a Christian audience or general market?

General market, but I hope that Christian readers will have the moment of, “Huh, this seems like a theme I was just reading in the Bible. That’s so odd.”

Do you integrate your faith into your writing?

Themes. I have themes of redemption, forgiveness, sacrifice, love, etc. Nothing that is specifically Gospel-centered or driven, but ties back to it.

Do you have certain themes that you gravitate to in your writing?

Betrayal and forgiveness. Loneliness and love. Finding ones home.

Have you had anything published?Short stories, poems, flash fiction, articles

Does a recipe published in an online magazine count? Lol! Other than that and a few fanfictions that shall remain nameless, no. =p

Ben Dubray wakes up on the airship, the Sapphire while it is being attacked by dragons, and he doesn’t know where he is, where he’s from, or how he got there. He becomes a part of the crew, then realizes that not only does everyone have secrets, but the fate of the entire continent rests on the success of the Sapphire’s mission.

Tell us about your protagonist: Ben wants to learn who he is and where he’s from, so he can move forward with his future—whichever world that belong in.

Tell us about your antagonist: He who shall remain nameless will stop at nothing to regain what is rightfully his.

What is some bad writing advice you’ve received?

You don’t need an editor.

What is the best writing advice you’ve received?

Editors are your best friend.

Have you been to a writer’s conference?

Yes! And I love them!

What was the best part about attending?Meeting other writers, developing friendships, and learning more about my craft.

What are your favorite writing books/resources?

Proofreading Secrets of Best-Selling Authors by Kathy Ide. And my Paladin family. Any question I have, I bring to them. And if they can’t answer it, they refer me to someone who may know.

Do you pants, plot, or something in between?

Plot! As much as I possibly can! And then I pants when the characters take over.

What tools do you use to write? Pen, paper, Word, Scrivener, etc. I outline first with paper and pen. Then move everything to Google Docs while I write. Eventually, I move it over to Word for my editor. =p

Who is your favorite super hero?

Captain America or Loki. Depends on my mood. =p

Who is your favorite character from science fiction?

…Jaina Solo. Or Kyp Durron. Or Jagged Fel. But I still can’t handle what Disney did to the Star Wars EU, so I don’t talk about that often. >_>

Who is your favorite character from fantasy?

What is your favorite science fiction book?

What is your favorite fantasy book?

What is your favorite other speculative fiction book? Paranormal, paranormal romance, urban fantasy, fairytale, dystopian, supernatural Dystopian. Although, I have read several excellent Realmie books that were retelling fairytales, so that may become something of an interest for me.

What is your favorite fairytale?

At the moment, Beauty and the Beast.

Who is your favorite princess?

Who is your favorite prince?

What is your favorite science fiction movie?

What is your favorite fantasy movie?

Only one? Aghhh! I have no idea!

Ok. This is a much narrower field to pick from. Probably Hunger Games. …it’s the only other things I can think of. Lol.

Thanks again RJ for letting me interview you.

Do you have any questions for RJ? If so, let her know in the comments.