I have recently released second volume in The Amulet Saga. Previously titled “The Traveler,” Book Two, The Defector, is available for sale here!

In the grand tradition I started when I released “The Heir,” then continued with “The Defector,” I am now beginning work on the next book in the series and will be posting the stories as I go along.

So, without further ado, I give you the first in this next serial, “The Silver Shores.” 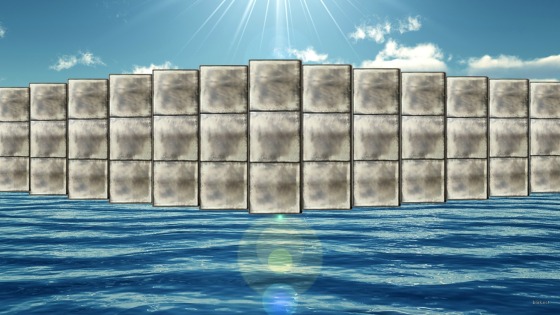 “Wake up, my darlings.” Shakir’s voice cracked in tandem with the whip he carried. “You’re almost home.”

Reith groaned and pushed himself up from the hard floor. His body swayed with the motion of the boat. A pile of refuse and vomit in the corner attested to his lack of adjustment to travel by boat.

And he was one of the lucky ones. At least three had died over the last month at sea, and several more were so ill they couldn’t move.

Shakir had told them that those who survived would get about a week to recover before being put on the auction block. Healthy slaves brought a higher price.

Shakir unlocked the door to the cell and clamped the shackle around Reith’s ankle, then proceeded to do the same to the others imprisoned in the bottom of the ship. When they were all lined up, Shakir cracked his whip and Reith led the way up the narrow stairs.

Gray mist lingered in the air, slowly dissipating as the morning sun rose behind them.

Shakir stood next to Reith at the railing, his half-rotted teeth displayed in a wide, sadistic grin. “Any minute now, you’ll see it.”

Reith clutched his stomach. The churning wasn’t just due to the rocking of the ocean. Ahead, through the mist, something caught the sun, sending a bright shaft of light back to pierce his eyes.

More sparks of light dazzled as the mist evaporated and the sun shone brighter. Another minute, and the whole horizon was one blinding glare.

Reith squinted, trying to figure out what it was.

His gasp was echoed down the line of prisoners as a giant wall rose before them. A wall made of silver. Or glass. Or diamonds. Or something else entirely. Whatever it was, it rose high enough that no catapult or arrow would able to sail over the top, and stretched out in both directions farther than Reith could see. There were no buildings to be seen, no cliffs or beaches or countryside. Only the impenetrable wall of shimmering light.

As they drew nearer, Reith began to be able to make out seams in the wall where sheets of the silver material were pieced together in huge rectangular sheets. It wasn’t silver, but neither was it glass. The substance was like nothing he’d ever seen before. Each piece was as big as a house, fit together with the next in endless perfect lines.

How could anyone even get in or out of such a place?

He snapped his jaw shut, determined not to let his intimidation be obvious.

It didn’t work. Shakir chuckled. “You think the outside is impressive, wait until we get in.”

Once inside that wall, there would be no getting out. Ever.

He glanced backward at the ocean behind. He considered jumping overboard and trying to swim back home, but knew such an attempt would be fruitless and stupid. There was no possible way to swim that far. But perhaps drowning would be preferable to slavery on the Silver Shores. Then again, he was still shackled to the line of other prisoners. He’d only end up killing them, as well, assuming they all fell in after him, which was unlikely. More likely, they’d all pull together to bring him back up, and then he’d get a lashing in addition to nearly drowning.

The hopelessness of his situation fell on him anew.

How long would she wait, he wondered, before she realized he was never coming back? Would she keep the ring as a memorial, believing the worst had happened, or would she toss it in the river, believing he’d abandoned her?

He had, in a way. She’d begged him not to go. Pleaded for him to bring her along. But his duty to his father, to his kingdom, prevailed.

And now he was here. His life loomed before him as endless as the silver wall, with no breaks, no escape.

The wall towered over them, now. So close that in another minute they’d run straight into it. Was there some sort of sorcery that would allow them to pass through?

The ship turned and sailed along parallel to the wall for awhile, then abruptly turned, sailing almost the exact opposite direction. The wall opened up before them.

No, not opened. It was already open, but sideways. Reith gazed at the simple yet brilliant structure. The wall seemed to fold over itself, leaving a gap, like a narrow canyon, through which they sailed. From a distance it appeared to be one solid wall, but really it was more like several walls all layered together with just enough space between them to let a ship through.

For half a heartbeat, Reith’s hopes rose. Perhaps there might be a way to escape after all.

At the end of the tunnel, a portcullis blocked the way between the open ocean and a bustling harbor.

The ship sailed right up to the portcullis and the captain exchanged words in the native language with the guard on duty. He showed a ream of papers, which the guard examined, and a moment later the portcullis rose, dripping with seaweed, just high enough to let the highest point of the ship’s mast to pass through. The moment the ship was inside, the portcullis slid down, back into the water with a splash that sent waves to rock the ship as thoroughly as a storm.

A few minutes later, the ship docked at one of many docks that lined the shore. From this side of the wall, it seemed much like any other harbor town—the scent of salt water and fish mixed with cooking fires, grubby urchins running up and down offering to help unload or clean up in exchange for a few coins, fishmongers each declaring theirs was the finest catch to be found, grimy buildings and warehouses, and merchants directing the flow of merchandise.

The gangplank was lowered and Shakir jumped down. “This way, darlings.”

The tongue of his whip caught Reith on the arm and he leaped to follow, the rest of the prisoners shuffling along behind. The clatter of chains accompanied their progress. Again, Reith considered jumping off the gangplank, taking as many of his fellows along as possible, and hoping he’d drown before they managed to get him back up, but another step and he was safely on the dock, obediently following Shakir through the dirty streets and into a huge warehouse lined with cells not unlike those at the bottom of the ship.

A man in a leather jerkin whose arms were as thick as Reith’s thighs walked slowly down the row of prisoners, stopping to examine each one, before turning to Shakir and negotiating prices.

And then Shakir was gone. The man who’d bought them stood before them, hands clasped casually behind his back, staring them down one by one with eyes as black as onyx, as though daring them to try to revolt or escape or rebel in any way.

Something about that stare made Reith’s stomach roil even more than the ship had.

The silence stretched on.

Reith gulped back the fear that threatened to erupt from his stomach.

The man nodded toward some others, bare-chested men wearing snug breeches standing against the wall, who rushed forward at his direction. They went down the line and snapped a silver cuff around the ankle of each prisoner, unlocked the shackle, then scurried back to stand against the wall again.

They must be, Reith concluded.

One of the others stepped out of the line. “What happens if we don’t?”

In answer, Master Tique made a small gesture with his hand, like a gentle pinch in the air. The man who’d spoken began to scream. He fell to the ground, clutching his ankle where the silver cuff gleamed. His whole body began to writhe, and foamy vomit spilled out of his mouth, choking his screams.

The torture continued for several eternal seconds before the spasm subsided and the man lay limp and whimpering on the ground.

“You may go to your cells,” Master Tique said. He turned and walked away, and the slaves by the door—Reith saw now that they, too, had silver cuffs around their ankles—hurried forward to lead Reith and the others to the cells that lined the walls.

When everyone else was secured in their cells, two of the slaves carried the whimpering man to his cell and dumped him on the floor, then the whole troupe of them scurried out the way Master Tique had gone.

Behind them, the door clanged shut.

← My Week According To Sherlock
My Inspiration Board →

9 comments on “The Silver Shores”