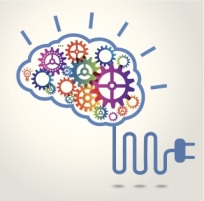 One of my favorite things to do is to help other people brainstorm through plot holes. I love looking at the big picture, seeing where it needs to go, and figuring out how to get it there.

This is a little weird, since I’m totally a pantser, so at least in my own writing I often have no idea what’s going to happen until I get there. And when I do get there and discover that I have a major issue in my planning, it often takes me quite awhile to work through it. I’ll ponder it while I’m doing mundane things like washing dishes or something, and hash through the problem and the point I’m trying to reach, and figure out a way past the bump in the road.

Sometimes, it works the same for me as when I do it for someone else. I find a critique partner or writing buddy, tell them my plot and my struggle, and then throw ideas at the wall to see what sticks.

I ask a lot of questions, like “What if she did this, or said that?” The same questions I ask clients are the ones I ask myself. “In this earlier place, this happens, so how will that play out if you do that?” “I don’t understand this character’s motivation. Why would she do that?” “The issue is that you’ve reached a slump and it’s boring. How can you up the stakes to increase tension and push the story along?”

A few days ago I was helping a friend work through some world building and character development issues. One of the problems she was having was that she wasn’t quite sure how her magic system works. One of the things we realized and we talked was that the way it was set up created logical inconsistencies. “If this is the way it works, then the plot you have here cannot happen, because it’s opposed to the natural order of things. Either the magic system has to be altered slightly, or there needs to be another power source to explain this.”

Another thing was the dynamics between specific characters, so as we talked through who they were and what they were trying to accomplish, we realized there was a power dynamic at play, and character A had certain abilities that made him superior, in a way, to character B, so we had to come up with some special knowledge, skills, or access that  character B could have in order to balance out the power dynamic, because for other reasons, those two characters needed to be more or less equal in status.

Another friend, who is a character-first writer and also a plotter, had a character she was introducing in Book Two of a series, and she had to figure out how that character fit in to the overall plot, and how to convince the character to join the journey/quest, so we worked through how to align that character’s motivations and goals to give adequate reason to move to the next plot point.

“If A happens, then B needs to happen, and B can’t happen if C happens, so in order to get to E, I have to forget about C and move on to D.”

There’s usually a way to fill a plot hole, and more often than not, filling it in will add a dimension that will really strengthen a story and give it a layer it didn’t have before.

I ask questions and try different things until I figure out what’s going to work. And of course, my rule of thumb, “When in doubt, kill someone off.”

What about you? What’s your process? How do you figure out how to fill plot holes?

← Christmas Traditions
What I Learned Between Book One and Book Three →