Posted by Guest Blogger on July 22, 2016 in Guest Blogs, Life and Such

Like it or not, no one can escape it these days, not even us writers—The R-Card. Race relations—or the lack thereof—confront us daily everywhere. To ignore these issues is futile, and to address them is fraught with peril because all too often, on every side of this question, worldview, presuppositions, and above all emotions rule. This applies to all of us, regardless of our ethnic background or particular shade of epidermis.

How do we deal with questions of race as writers, particularly as writers of speculative fiction? Do these questions even bear on our genres?

You bet they do.

Fantasy, science fiction, horror, urban fantasy … it does not matter how you slice the genre pie, you will have to deal with the R-Card. Thankfully we have some models to follow. The relationship between Spock and Kirk immediately comes to mind, as well as Tolkien’s immortal Legolas and Gimli, who start off hating each other’s living guts (because that’s what elves and dwarves do) but end up fighting alongside one another, willing to die for one another if necessary. Classic Star Trek and Tolkien did not shy away from dealing with race relations, nor should we.

One also thinks of C.S. Lewis and the flak he’s received in recent years from historical revisionist pundits with agendas of their own to label him as “racist” because the fair-skinned Narnians are good and the swarthy, black-haired Calormenes are evil. What this argument deliberately ignores is that the Narnians were once Telmarines, initially just as bad as the Calormenes, white skin and all, and it ignores the fact that the Calormenes are evil not because they look like Arabs but because of what they worship: power, greed, and the false god Tash who is really Satan.

In Lewis, what makes one good is not the hue of one’s epidermis but the bent of one’s soul. Aravis and Emeth both reject the way of Tash and embrace the Lion. And note their hair and skin don’t change, but their hearts certainly do.

This brings me to one conclusion. As writers of speculative fiction, we should write about people, not race, regardless of genre, and avoid the stereotyping and, if I may be so bold, true racism that can occur when we do not. By illustration let me appeal to the world of film, since I am primarily visual. Three films speak to this question in a powerful way: Dances with Wolves (1990), Unconquered (1947), and The Last of the Mohicans (1992).

In Dances with Wolves we are treated to a presentation of “truth.” Every single Native person is portrayed as good (even the fierce enemy warriors who are just protecting their land from invaders, and even when they attack other tribes we need to understand this was their culture and not make value judgments), every single non-Native person apart from Dunbar and Stands with a Fist is depicted as either stupid, evil, or insane. This viewpoint, in a word, is a lie. Not all Native Americans of that era were good people, and not every non-Native person was evil. Why? Because people are people, and some are good and some are not. That is the truth.

In Unconquered, we get the opposite. Every single Native person in that film is a chimplike barbarian who just wants to burn Paulette Goddard alive and everybody else they can get their hands on. Garth’s Native wife may be a possible exception, but she is a lifeless mannequin, not a real flesh and blood woman. It’s no better, really. The view of Natives in this film is horrible and, in a word, is also a lie. Native Americans were not monosyllabic murderous Neanderthals; some of them were quite eloquent and advocates of peace. That is the truth.

The Last of the Mohicans, however, gets it right. We are shown good Natives and bad Natives, good French and bad French, good English and bad English. Why? Because that is the truth.

People are people, regardless of their tongue, ethnic background and especially the shade of their epidermis. My story New Blood also follows this model, with good and bad people across the board, even a good vampire and bad ones. Why? Because that is a reflection of the truth. My story Jezebelle, releasing in October, has a lady of color heroine pitted against the malevolent ghost of a Southern belle. It also has a neo-Southern white supporting good guy and some very bad rednecks, capped off by Marie Laveau herself, the Voodoo Queen of New Orleans, an evil lady of color. Why? Because these are people, not races. And people are good and bad. That, again, is the truth.

We should, as writers of speculative fiction, agree with the words expressed by Dr. Martin Luther King, words as true right now, even more so, than when he first uttered them. He spoke of his dream, of the day when every person in America would be judged not by the hue of their epidermis but by what they said and did — the content of their character.

The content of our characters should be no less. Our characters must be good or evil because of what they think, say and do, who they are, not their race. Race must be irrelevant here. For those of us who are Christians, it is irrelevant anyway. In Christ there is no Jew/Greek/Barbarian/Scythian/Black/White/Brown/Yellow/Elf/Dwarf/Boggle/Fairy/Vulcan/Minbari/ad infinitum et nauseam. For we are all ONE in Christ Jesus (Col. 3:11, Gal. 3:28).

So, as writers, let us never play the R-Card.

Let us instead burn it. 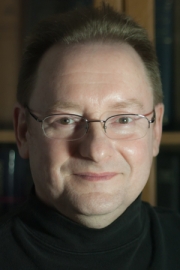 Author, theologian, graduate of Westminster Theological Seminary and Oral Roberts University, HG Ferguson brings biblical truth and articulate power to bear upon matters of both spiritual arcana and his work as a writer of horror fiction from a thoroughly scriptural perspective. Always outside the box of convention, but never outside the lines of what God has told us in His Holy Word. Look for HG Ferguson’s ghost story Jezebelle this fall from PLS Bookworks, where the darkness haunting a small southern town takes a road trip — into implacable evil and mindless destruction. And some Light too.

5 comments on “Playing the Race Card”