Posted by Avily Jerome on May 5, 2016 in Creative Nook 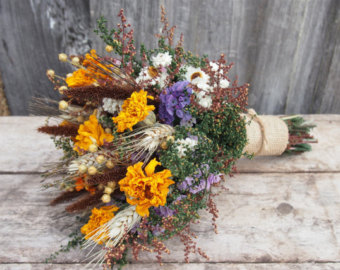 Jyn gave the call to alert the sentries to her presence. A return call sounded from the tall rocks that bordered the pass into the valley.

She’d found Taurin’s apartment in the city vacated a month earlier, but couldn’t sneak away from her new duties as the king’s spy until now.

Spy. Slave was more like it. The king had her dressed up in fancy clothes and told his nobles she was the Lady Jynna, from the Silver Shores.

Jyn had only been to the Silver Shores once, and then only by accident. Her ship had gotten off course in a storm. She’d stayed long enough in the first port city she’d found to trade some of her precious cargo for enough supplies to get home, and that was far too long. Instead of walls, their cities had magical barriers. Mages walked the streets like soldiers. Executions could be performed on the spot, without even a trial, if the magistrate deemed there was enough evidence to warrant it.

Such was no place for a pirate. Fortunately, no one at the king’s banquets had ever been, so the tales she spun were believed by all who heard them.

She’d gathered enough information about the surrounding kingdoms from the diplomats she’d talked with to keep the king happy long enough for her to escape the city for a few days. And she had a tiny bit of information that she planned to keep for herself, as well.

Jyn took a deep breath as she crested the hill that overlooked the Valley of Thieves. Home. And somewhere down there, Taurin.

She urged her horse forward, toward her own little cabin in the center of the village. After taking her supplies and clothes inside, she dropped her horse at the stable and went in search of Taurin.

He wasn’t home, so she went to the tavern.

“Jyn! You’re back!” the buxom wench, Lyndi, grinned. Lyndi had always been a tavern wench, not a criminal, but when her betrothed had killed a man in a fight and gone into hiding, she followed. The two now ran the little village’s one tavern.

“Bring anything pretty with you?”

Jyn winked. “I may have pilfered some gems from a few foreign dignitaries. Have you seen Taurin?”

“Oh, he’s probably up at the healer’s house. That’s where he spends most of his time these days.”

Jyn raised an eyebrow. “The healer?”

Lyndi nodded. “She and her friend came with him when he came back last time. I must say, having a healer in the village has been goddess sent. Just last week, two of the boys got injured in a raid, and she patched them right up. She knows her stuff. And her friend has taken up the role of laundress. She charges more than I’d like, but she does a good job and it is nice not to have to wash all the linens myself.”

“Where is the healer’s house?” Jyn asked.

“She’s renting Quentyn’s cabin in the woods, by the stream.”

Jyn clenched her teeth. She’d wanted that cabin, but Quentyn’s asking price was more than she could afford. She smiled at Lyndi. “Thank you.”

The sound of laughing and pleasant chatter greeted her before she even came within sight of the cabin. She was so focused on getting there, she almost missed the young woman outside, scrubbing clothes in a large tub.

The woman glared at Jyn. No, not at Jyn. She was just glaring. Jyn gave her a half-hearted smile as she passed, and trotted up the stairs to the porch. She knocked, but only as a courtesy, before stepping in the open door.

“Jyn!” Taurin jumped up from a table where he’d been sitting with the blonde woman she’d met at his apartment and hurried to embrace Jyn. His touch was affectionate, but there was something different. Something missing…

What is to come:

The Third Son     The Search

To read more, purchase The Defector on Amazon!

← Desperate
The Dilemma of the Self-Rescuing Princess →