Piffle and Other Funny Words

Posted by Avily Jerome on April 30, 2015 in Random Things 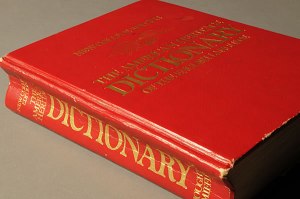 Did you ever notice how some some words just sound ridiculous?

Or how some people hate some words, despite the total legitimacy of the word.

I’m not talking about irritating, non-words like irregardless and supposively, but genuine words. For example, I know a lot of people hate the word moist. It’s a real word. It describes a specific state of being–more than damp, but not totally wet or saturated. It’s moist. But a lot of people really, really hate that word.

Someone recently posted on Facebook that they hate the word chuckled and they refuse to use it in their writing unless there’s absolutely no other way to describe the way a character laughed.

My husband says the word ufda. It’s not even a word, really, it’s just a collection of sounds, and it’s one of the words that I think sounds totally ridiculous. He uses it as an expression of frustration or awe, like someone might say ugh or oy vey. I don’t like it, but I’ve caught myself using it a couple times, because it seems to fit the moment.

Sometimes my husband says, “Oh, piffle.” Technically, the word (yeah, unfortunately it’s a real word) means, “nonsense, as trivial or senseless talk”, but he uses it like “oh, darn,” but more child-friendly.

When he says it, I tell him, “Don’t say that. You sound like an seventy-year-old woman.” Which is not what I want my studly, thirty-something husband to sound like.

However, if I were writing a character who was a seventy-year-old woman, piffle might be exactly the sort of thing I’d have her say.

And so, these words, the ones we hate, can become great tools for more colorful writing if we let them. Can’t you just picture the little old lady, waving her cane at a disrespectful teenager and saying, “Oh, piffle!”?

What about you? What words do you love? Which ones do you hate? How might you use those words to create a really powerful word picture?

6 comments on “Piffle and Other Funny Words”