The Problem with Immortality

Posted by Avily Jerome on October 2, 2014 in Creative Nook 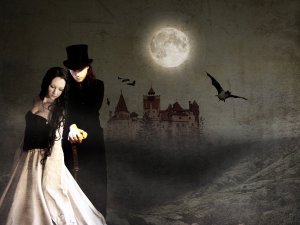 There’s a new show this fall called “Forever.” The main character, for unknown reasons, can’t die. He dies, but then he comes back. So, he has made it his life’s mission to figure out why he can’t die by studying death, his own–every time he dies he writes down a record of the experience–and other people’s deaths. He’s been alive for 200-something years, and when the show takes place he’s a medical examiner in New York. Essentially, he’s the best M. E. ever because he’s had so much experience. And, of course, there’s a girl, because there’s always a girl.

That makes me think about other stories of people who are immortal, like the old Highlander shows or the current vampire fad, and one of the major flaws with that kind of storyline. You have these characters who have been around for hundreds, sometimes thousands of years, and yet they don’t really ever change. They’re the same person they were when they died the first time, however many years ago. Their minds, like their bodies, are frozen in time.

This doesn’t make a lot of sense, if you think about it. Even if your body stayed 25, your mentality wouldn’t. One of the major problems I have with the Twilight series story world (and there are many, even though I did enjoy the story for the most part) is that Edward Cullen and his adopted siblings are perpetually in high school. It’s even a running family joke. They just keep repeating high school. Can you imagine being in high school for a hundred years? I don’t care how good the school is or how important it is for you to maintain your cover, no one has the patience to repeat high school for a hundred years. If I had a hundred years or so, I wouldn’t spend it repeating the same things I’d already done. I’d travel. I’d get doctorate degrees in every field I thought was interesting. I’d paint wrinkles on my face and dye my hair gray just so I’d fit the part if I had to. I’d travel and experience a lot more than high school over and over.

And, since I’d be doing all this living, I probably wouldn’t fall in love with a high school student, because we would have nothing in common.

Vampire romances have been hugely popular the last ten years or so, from Buffy to Twilight to the Vampire Diaries and so on. And one common thread is the teenager falling in love with the monster. It makes for great teen angst, but it really doesn’t make sense. Even though physically they may look the same, the immortal is infinitely older. Have you ever seen one of those couples, where it’s say a sixty-five year old man with a twenty-five year old woman? Is your first thought, “Aw, how sweet that they found each other!” or is it something more along the lines of “gold digger” or “daddy issues” or “dirty old man”? Sure, there are those rare couples who are compatible despite their disparate ages, but for the most part, those are not the healthy relationships because those people rarely have enough in common to make a lasting relationship work.

Think about it. Is your grandpa interested in the same things as your teenage daughter? Probably not. Now, double that. Instead of a forty or fifty year age gap, imagine a hundred year age gap. Or two. It doesn’t work. The longer an immortal is alive, the less they’d have in common with the average angsty teenager, no matter how mature or down to earth that teen is. Realistically, if you’re immortal, unless your entire existence is based on getting your next meal (in which case there’s no reason to fall in love because all you’re doing is eating for the next two hundred years), the longer you’re alive, the less you’ll have in common with anyone else on earth. There is literally no human who is your equal.

Just food for thought. I hope I haven’t ruined you for vampire romances from here on.

← Fun With Imagination
Don’t be your own limiting factor →

22 comments on “The Problem with Immortality”