My Brain is Turducken

Posted by Ralene Burke on April 7, 2014 in Author's Journey, Life and Such 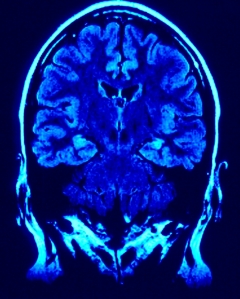 If you follow me on Facebook and Twitter, you know that this last week or so has been rough. We had a bout of flu ravage our household right after a few of us finally got over nasty colds. It’s like the viruses new spring was upon us and we weren’t going to be cooped up in the house anymore. ATTACK!

Thankfully, we are on the upswing.

But, add those couple of weeks to my mom’s visits in March, and other stuff that randomly comes up–you know how life is–and I am behind. Again. It seems to be a perpetual state for me lately. Always trying to catch up.

When I look at the state of my brain right now, I’m actually stunned. I have so much to do to catch up in all aspects of my life, not just writing and editing, but how did it get like this? I mean, I have the TOOLS to ensure that I don’t get so far behind that my brain turns into turducken. I have lists and schedules and lists and . . . it all just fell apart.

Now, I know that God loves me, and that He is always watching out for me, protecting me, molding me . . . What? Hey, is He trying to teach me something here?

One thing that became apparent to me in the last 5 weeks is that I can be very, very lazy. Yes, it’s shocking, I know. But I will use just about any excuse in the book not to do what I should be doing.

It’s nice outside–we’ll skip school so the kids can play!

It’s raining outside–we’ll have a PJ day since we’re all feeling the drain of the weather changing.

I’ll work on that article later, after Bones. And The Following. And Castle. And . . . I’m too tried.

Here let me put this aside so I can do this, which interests me so much more!

Okay, so I’m lazy and highly distractable. (Is that a word?)

Another thing I’ve noticed is that I can’t work with my family around like I used to. When the kids were younger and my husband was gone all the time, I must have worked around them because it was a necessity or I’d never get anything done. Now, though, my husband is no longer in the military and not gone for days/months on end. The kids are getting to the point where they can entertain themselves for a good amount of time–or hubby is home to watch them. And my brain decides: Must. Have. Silence. No. Distractions. (robot voice)

So, I’ve had these revelations. Then God reminds me of my word for 2014: Purposeful. I’m supposed to be purposeful on where and how I spend my time and energy. When did I lose focus on that?

Are we seeing a pattern here? Maybe it’s just me.

It’s time to pick up the pieces, go back to the drawing board, and begin again. As one of my friends so nicely said this weekend: “It isn’t failure until you quit trying.”

No quitting for me!

By the way, has anyone actually tried turducken?

10 comments on “My Brain is Turducken”