Changing Your Mind: Vice or Virtue for Writers? 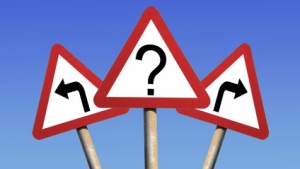 Controversy. Conflict. While great for fiction, most people try to avoid it in real life. It’s not comfortable when blood boils and people discover they stand on opposite sides of an issue.

Many of us recently witnessed the lively discussion over a post about self-publishing over at Speculative Faith. The author of the post asserted that self-publishing can be a dangerous pursuit, and advised three “scriptural” cautions “against” self-publishing. A fair portion of the blog’s readers are also writers, so you can imagine the explosion of commentary (there would have been more than 66 comments if a technical glitch in the commenting system hadn’t interfered).

While I believe defending one’s position is part of human nature, this issue seems amplified by Christian culture and even by our place as writers. After all, shouldn’t Christians be honest and true and “right” about things? Aren’t we supposed to defend the truth we know? And when you’re a writer, your opinion is out there, published for all to see. Wouldn’t it seem either dishonest or embarrassing to say something that contradicts what you’ve already said, especially when you argued for it with such eloquence?

I used to think so.

But I’ve changed my mind.

While the Bible espouses the virtues of single-mindedness and exalts devotion to the truth, I think we miss the mark if we miss the fact that only God is the Unchanging One. He’s the only one qualified to never change His mind, being the One who knows all, sees all, considers all and has the final word. We, on the other hand, have ample opportunity to come face to face with humility. Yep, every time I discover I’ve been wrong about something, humility and I get real close. Given how often that happens, I’ve started gathering a few tips from the encounters. Mind if I share?

I’m not nearly as dogmatic about things as I used to be. Yet as a writer, I have to choose something to say. Writing requires an assertion of sorts. What a dilemma! I seek balance in my approach (though I may fail at times) and try to state things in a way that leaves the door open for other opinions. Doing it this way, I might even learn something!

Variety is the spice of life. God designed it that way; just look at nature! What works for you may not work for me, and vice versa. Now, hang with me here: God’s truth is not relative; I don’t believe in a relative theology. But beyond the immutable core truths of Christianity there is a lot more variety in how God moves than most of us are willing to embrace. We too often live in a box—but He doesn’t! And if this is true for how God works (the same Spirit, but a variety of ways to operate), then why not the rest of life? Like publishing!

Invite others to weigh in with their experiences. Stay open to the possibility that another interpretation of the facts may have as much merit as your own. Even when I’m writing to persuade, even when I’ve done all my research and I’m convinced of my position, I’ll consider each response on its own merits. I may still disagree. Or I may modify my position. Either way, I listen.

As I watched the author of that post about self-publishing interact in the comments, I found myself admiring his willingness to (even though at times reluctantly) consider other opinions. I could see him recognizing that perhaps he hadn’t looked at the topic from all the angles. And even though I disagreed with his assertions, and felt he’d presented them poorly, I felt that we’d gotten to know each other better. I tucked away his cautions about the potential pitfalls of self-publishing as something worth remembering. We had crossed swords and maybe sharpened each other a little.

So what do you think? Have you ever changed your mind about something major that you believed? What emotions do you usually struggle with when someone challenges your opinion? Do you think you’ll do anything different after reading this post?

Teddi Deppner is not schizophrenic — just in transition. After 15+ years of business writing and designing websites for others, she is taking the plunge into publishing her own fiction and non-fiction content. Track her projects at http://www.TeddiDeppner.com.

One comment on “Changing Your Mind: Vice or Virtue for Writers?”