My Greatest Fear as a Writer

Posted by Ren Black on February 22, 2013 in Author's Journey 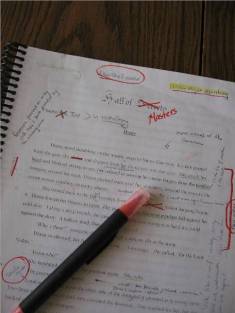 At least as far as my books are concerned, I think the biggest fear that drives me is actually throwing in the towel too early.

Potential is great except when you short sell it. The feeling of promise is one thing, the potential of it going somewhere. But when it doesn’t deliver on that promise, it’s just disappointing because “it could have been great.”

It’s probably the biggest issue with the contemplation of self-publishing. I’ve seen too many books where it seemed the author got impatient. Or, I watched the author rush for the finish line of publication.

I’ve read books that had great ideas, and intriguing, but in the end they let up the pressure and left me with coal instead of the chance of a diamond.

That desire to be true to the potential has kept me at it for years, enabled me to toss the entire draft of a two book series and start all over – twice. Secrets of the Dragon Seal bears little resemblance to the book it started out as, but I vouch that it’s loads better.

However, the dark side is that it also freezes me up at times. I’ve come to resent the words “It’s a good start”. I never lack for ideas, in new stories or in revisions of old ones.

One of my writing teachers said that even when she got the finalized printed copy of her books she still couldn’t resist grabbing the red pen, knowing that most people would never see those changes.

It’s like having to put artwork behind glass in order to keep one’s self from changing it.

No one is perfect, thus no creation from our imperfect hands can be truly perfect, right?

I attest to the saying that we tend to be our own worst critic.

Once the blush of novelty wears off we know the work so well that it’s easy to find each and every pothole, plot hole, awkward phrases and those parts that we wince every time we go over it even though we can’t figure out a better way of saying it. A hundred thousand words are a lot to comb through over and over.

As revisers and self-editors we train ourselves to find the flaws.

I like the saying, “What you focus on expands.”

So perhaps it is about time that I stopped fearing falling short and watch for parts I tend to write well, and focus on them.

So what is your greatest fear in this crazy world of writing, publication and marketing?

← Uprising
When is a writer ready to debut? →

19 comments on “My Greatest Fear as a Writer”