Where are the male protagonists in YA fiction? 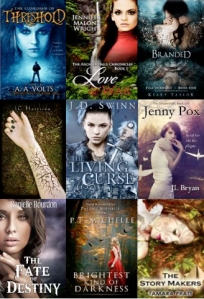 What’s on the cover of men’s magazines? Hot women.

What’s on the cover of women’s magazines? Hot women.

Who are the protagonists of most YA novels? Hot teen women.

Am I the only one seeing a pattern here?

…then I had to broaden my search to YA fantasy with male protagonists.

…then it was YA with male protagonists.

My search across the internet and Goodreads has turned up about 25 books. A handful of authors: John Green. Alex Flinn. Scott Westerfield. Rowling. Riordan. Christopher Golden. People aren’t ashamed to throw older titles in there, too, like Heinlein’s juvie fiction books.

Male protagonists are very common in Middle Grade. In fact, I see more male protags in MG than female–or even a male/female protag pair, like a brother and sister. There’s a lot of crossover in these lists, too, as people sneak some MG titles into their YA to flesh out the list.

According to the buzz around the web, boys and girls read Middle Grade as they’re growing up. But as soon as they become teens, boys go off and read adult books–fantasy, sci-fi, or even (horrors!) non-fiction.

The only ones still reading YA are girls, so publishers market aggressively to them. They don’t care that girls will read male or female protags. We’re back to marketing Hot Women to women.

I personally get tired of the female point of view, being one myself. Sometimes it’s refreshing to climb into a guy’s head and think about practical things like fast cars, karate, beating down monsters, and cool new videogames.

I thought I was weird until I started reading discussion threads on Goodreads and other places. Girls pleading for male protagonists who weren’t just romance-fodder for the Hot Teen Girl. (A male protag who chases a hot girl is okay, as long as she doesn’t take over the story.)

But apparently there’s this idea that girls only relate to girls, and only want to read about girls–even though most teen girls I know are fascinated by men. Not just chasing them, but learning how they think. C’mon, we’re women. We’re the original psycho-analysis freaks. “He just looked at me! What does that mean? Does he like my new makeup?”

While the guy is thinking, “Did I put gas in my car?”

I think it’s time we start writing strong male protagonists and market them to this niche (possibly a very big niche) of girls who want to read about boys. Who knows? Maybe we could rope some boys into reading them, too!

An artist and speculative fiction writer, Kessie Carroll was NAF’s top commenter in 2012, so we gave her this opportunity to take center stage. She blogs about art, writing, and life at http://netraptor.org/blog/.

46 comments on “Where are the male protagonists in YA fiction?”