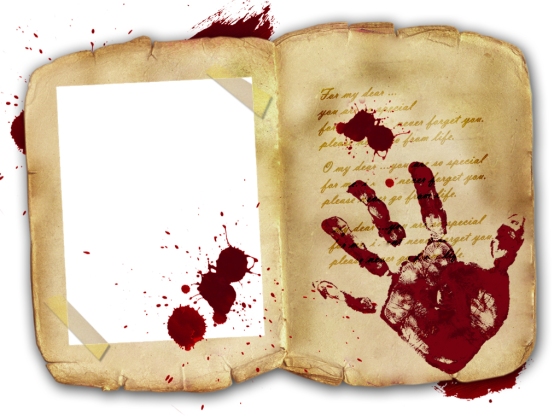 Don’t you love being a writer? One of those people who are allowed to discuss such crazy/taboo topics without having people alerting cops or loved ones keeping the nut house on ICE speed dial.

One of my current projects is a short story idea involving very pre-meditated murder. It’s not my typical arena and so I figure if I’m gonna write one, I might as well make the most of it. I’m not going for a mystery, or gory, violent thriller, but something to keep it interesting.

So far I haven’t come up with any fabulous ideas. The mulling continues. Personally, I love brainstorming with other people and couldn’t help but recall some very creative imaginations here so I wondered what devious ideas might be brewed.

What about you? What do you think are possible makings for an intriguing killing? Do you favor detailed layout or implied? Want into the killer’s plans ahead of time to know what might be coming, or like to get on with it and thrill in the suspense of it unfolding on the run?

Who out there has carried out murder scenarios?

I would love to see what’s going on out there.

Meanwhile, the particulars of my set-up. It’s a fantasy world, relatively primitive technology. Although there is magic in the world and about, this killing seems best done without any such.

The murderer is methodical, relatively efficient but not above vindictive desire for the victim to suffer. Probably not sadistic. Mass destruction is an option (may even be ideal) and said murderer is fine with dying in the destruction as long as target dies too.

Meanwhile I’m thinking possibly complex and absolutely fool-proof with probably several plan Bs. One absolute is that it must be something that can be set up ahead of time and then have it run on auto. Because of the situation, the murderer can have hours to set up, but when the target is present the killer cannot do anything at all suspicious. The target is extremely perceptive.

Crime scene is in rural isolation but otherwise relatively flexible. Caves, tower, treetop… I’ve contemplated all sorts of options. However, speaking of which, I’m also open to any suggestions of old fashioned primitive booby-traps! Risk to innocent bystanders? Zero.

Ain’t no one innocent in this story! Just calculated casualties. Muwhahaha!
*Disclaimer: This is actually not the product of a feverish mind or raving side effect of caring for a sick family for the last week and a half, or caffeine induced at unseemly hours long past bedtime as a last desperate effort to write something.

No – seriously, I’ve been planning this post for weeks, and I haven’t had any caffeine…

← Biting Off More…
When to ignore your critique partners →