Posted by Diane Graham on January 29, 2011 in Life and Such, Our Faith 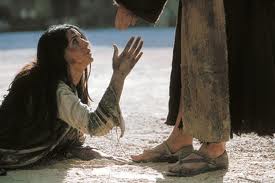 I have found through my journey as a Christian, there are a few things that must be adhered to or you will constantly be a slave to sin and death. I’ve talked about love frequently but forgiveness is just as important. They are tandem in fact. In my book I Am Ocilla, it is the key to Ocilla’s quest.  The lack of it holds her hostage.

But it is your choice to forgive. Just as it was Jesus’s choice to die on the cross and defeat death for our sake. An ultimate example of agape love is forgiveness.

14 For if ye forgive men their trespasses, your heavenly Father will also forgive you:

15 But if ye forgive not men their trespasses, neither will your Father forgive your trespasses.

Mary watched her son Jesus being murdered. Yet she had to forgive. The Apostles watched their friend, brother and teacher die an awful death. They had to forgive. Jesus took the burden of humanity’s sin on his shoulder’s. All sin was against the Father and Jesus begged for humanity’s forgiveness. It didn’t matter if their anger was righteous. They all had to forgive or death would hold power over them.

Father, forgive them, for they know not what they do.

When I consider all these things, I know I am selfish for ever holding a grudge. I know I am allowing anger and resentment to rule over my life, death to stranglehold life. And that simply will not do. I must forgive always for I have much to be forgiven.

And if not for any other reason…

Peace, love and God’s will.

Diane Graham lives in the mountains of eastern Oklahoma with her husband, children and many dogs. She is an avid reader and lover of all art forms that encapsulate imagination and goodness. Her debut novel I Am Ocilla was released in March 2012.

11 comments on “LOVE AND FORGIVENESS”