The Plight of Cyrus Stone

Posted by David James on November 30, 2010 in Author's Journey, Creative Nook, Critical Views, Life and Such, Our Faith

Since I announced my new WIP in a recent blog post and introduced the character whose story I must relate to you, I have had a varied number of responses. If you haven’t read that blog post yet, go here to do so and then come back for the rest of this one.

I offered to my respondents ways to see more of the story. Some people seemed to be impressed with what I had put up but didn’t want to delve any further into it; a few of those still accepted the text offered. Others liked what they saw and wanted more, but once they got some more they didn’t feel like talking about it. Some liked the more I provided and can’t wait to see what else occurs while others that got more seem to think I’ve gone crazy even while wanting more still. They obviously didn’t know me to begin with. Crazy doesn’t even begin to describe me at this point and hasn’t for a long, long time now. 😉

So what’s up with Cyrus Stone anyway?

Here are a few things to know about him:

1) He has a relationship with God, it’s just not the one you’d expect.
2) He’s crude and not the type of person that you would think God would use.
3) He is going to Hell. You know that because he told you himself. 😉
4) He operates in spiritual matters in ways we either see rarely or have only heard about, or even have never entered our minds.
5) He doesn’t say a lot, but when he does controversy arises.
6) He’s not the kind of fellow you want to take home to mom. He’ll more than likely cause problems at the dinner table when he tells everyone present about the affair she’s having with the pool boy.
7) He likes Taco Bell but prefers authentic Mexican food when he can get it.

So does this sound like a story you want to be reading? It’s the story I’m writing at this point. Cyrus has made himself known to me and I must tell his story for those who want to read it. I’ve had fits and starts with being able to sit down and write with only several thousand words written so far, but I must continue or else Cyrus has said he’ll tell all my secrets and I don’t want that to happen.

I wonder something. How many would like to receive an exclusive PDF that will show you where it stood on the first day I wrote almost 2800 words, warts and all? Would you like that?

If that sounds good to you, then do the following:

Send me a Friend request by visiting my Wall on Facebook if we aren’t Friends there yet. If you are adding me as a Friend, be sure to “Add a message” when doing so and mention this blog entry so I will know to go ahead and accept your request right away.

If you aren’t following the Facebook page for The New Authors Fellowship yet, then please “Like” the page.

Once we’re Friends, make a comment on your Wall with a tag to my Wall and The New Authors Fellowship’s Wall and a link to this blog.

If you aren’t on Facebook yet, mention it in the comment below and other arrangements can be made.

That’s all you need to do. This isn’t a contest. There isn’t only one “winner”. Everyone that does what I’ve outlined is completely eligible for an exclusive PDF of the almost 2800 words that I first wrote on the day I started this story.

Let’s find out how many people are interested in reading more on the story of Cyrus Stone and are interested in finding out what happens to him along the way. I will assure you that it has enough twists and turns that it’s surprising me a lot as I go over the details of it in the download I received in my mind. His is a story that isn’t of the norm. His story is one that has to be told though. If I don’t, he’s waiting at the door to tell all my secrets. Since I don’t want that, I have to tell his. 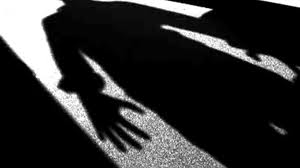 David James is a man of many attributes: He's a believer in Jesus as the Christ. He's a family man with a wife and two children. He's an entrepreneur with a fledgling business called Beyond the Charts, an Independent Marketer with Manna From Heaven, a writer of both speculative fiction and some spiritual matters. He's a listener of heavy metal with techno, goth, and industrial sounds preferred. He doesn't listen to "Christian radio" and can't stand most "Praise and Worship" music because it comes across so staged and more for entertainment than worship, but he loves the worship coming out of MorningStar Ministries because of the raw intensity of it. He loves scary movies whether it's a creepy ghost story or an intense slasher film, as well as strange humor films, and just loves the spoof films that have come out over the past decade. He thinks Kevin Smith films are very funny, but doesn't care for it when they speak bad of Jesus. His favorite novelist of all time is Stephen King. His favorite sci-fi novelist is Kevin J. Anderson. Other novelists he enjoys are too numerous to mention here. For Spiritual reading he turns to Billy Graham, Mike Murdock, Rick Joyner, John Bunyan, Ellen White, Herbert Armstrong, Martin Zender, and R.A. Torrey. He enjoys financial and self-help books ranging from Dale Carnegie to Zig Ziglar to Donald Trump to Robert Kiyosaki. The one thing that irritates him is when people don't show respect, yet want respect from those they don't show it to.

7 comments on “The Plight of Cyrus Stone”