A Growing Pile of Rejection Letters 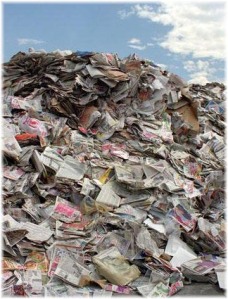 Last time: The Urge to Write

When the agent’s letter arrived asking if they could see the full manuscript I think I set a new world record for getting from my front door to our local post office. I don’t remember much about the next few weeks. Part of me wanted them to like it. Another part expected them to send me the usual rejection letter. We prayed over it and left it in God’s hands. Three weeks later a letter dropped through the mailbox. They liked The Wire but felt it needed more dialogue. I spent a week revising the manuscript. I sent if off again. Two weeks later they replied. I read the letter. I read it again. My hands started shaking. One sentence stood out from all the rest: “May we represent you in selling The Wire?”

At this point I honestly thought I had begun a new career as a writer. I immediately set about writing down three more ideas and submitted them. The agent liked them all and took them on. In the meantime, the rejection letters started coming back. The Wire “came very close” to being published with a major company but was too similar to something they already had on their books. Comments ranged from positive (“solidly written”) to not so positive (“not exciting enough”). Almost a year after the agent took me on, they wrote to say that they could no longer represent me. My ideas were good but my writing was simply not strong enough for modern markets.

I continued submitting to publishers but every rejection letter became increasingly difficult to take. I stopped submitting but pushed on with writing stories–mainly for my children. Every now and then I would show someone my work. One colleague was so convinced that I would be published that he asked me to sign a chapter I had shown him. That same colleague showed another piece to a publisher friend who said it was “smart and witty, should be published, just need some luck.” I tried for publiication one more time. Again, the rejection letters rolled in. I decided to stop trying for publication and seriously doubted that this was what God wanted me to do. I battled with depression and my whole walk with God became shaky. Then I received two seperate prophecies from friends saying that I would be published, but not yet.

At this point I took a good look at my original manuscripts and reached a sobering conclusion: my writing, while solid, was not good enough. It lacked something. It lacked a voice. Enthusiasm and drive were not enough. I needed to improve my skills if I ever wanted to see my dreams come true. Most of all, I needed to find a voice. I looked around for ways of improving my writing but found nothing that caught my interest. Over the next two years I stopped writing to concentrate on my day job. I decided my resume needed improving and looked around for a degree I could do from home. It was then that I found an online college that offered a degree in Creative Writing. After praying about it I decided to enroll on my first ever writing course.

Next time: Finding My Voice

P.A.Baines writes computer programs for a living but would much rather be writing Christian speculative fiction, which he does whenever he gets the opportunity. Educated in Africa, he is studying towards a degree in Creative Writing through Buckinghamshire New University in England. He enjoys asking "what if?" but is tired of how speculative fiction deals with religion in general and the God of the Bible in particular. His stories are for Christians who enjoy science fiction but who normally avoid the genre because of its tendency towards an atheistic world-view. His aim is to write entertaining and thought-provoking stories that stretch the imagination, but which keep God in His rightful place as Lord over all creation. P.A.Baines is British but currently lives in a small corner of the Netherlands with his wife and two children and various wildlife. He spends what little spare time he has keeping fit, watching films, and playing computer games with his children. He does most of his reading via audio books, which he listens to while commuting to and from work on his trusty bicycle. He speaks reasonable Dutch and is in the process of learning French.

2 comments on “A Growing Pile of Rejection Letters”